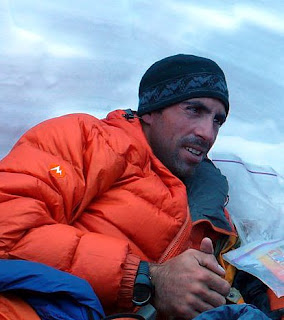 Posted by Field Touring Alpine at 1:56 PM No comments: 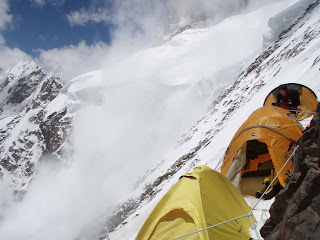 Australian expedition outfitter and Karakoram specialist Field Touring Alpine will be heading back to K2 in 2009 with a 15 person attempt on the SSE spur, or Cesen route.

This will be the third serious commercial attempt on the hill after FTA's previous effort in 2006, and Amical Alpin's successful ascent of the mountain via the Abruzzi Ridge in 2004, a year that saw exceptional snow conditions and sunny skies that permitted over 40 summits for the season, a record for the Karakoram giant. 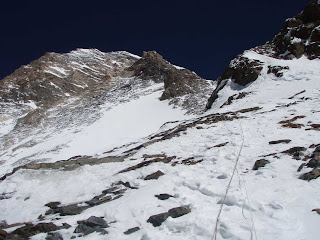 FTA's Pakistan manager Dave Hancock said he has chosen the 'Cesen' Line over the Abruzzi after hearing the account of it from best friend Mark Sheen, who climbed up the spur and then descended via the Abruzzi last year with the Norit team. "It seems to me the route presents much better than the Abruzzi if conditions underfoot are good, that's not to say its necessarily any easier, but we are of the opinion that is is significantly objectively safer"

The 4000m long Cesen route, also dubbed the 'Basque Route', follows a spur just on the right side of the south face, which joins up to the Abruzzi at 7800m at the shoulder on K2. It was the way up for the Dutch based Norit team on last years ill-fated expedition. FTA have a double permit that includes Broad Peak, where several of the K2 climbers will go first to aid acclimatisation.

"We have teams on G2, Broad and on K2 this season, so interested climbers can mix and match if they want, we've even got one climber doing the Gasherbrum double, and then he plans to head over to K2, we cant say his name but with his resume it wouldn't surprise us if he pulls it off if he can get a couple of good windows. We will have a lot of resources in the Concordia area this season and are hoping for some good weather and successful outcomes" 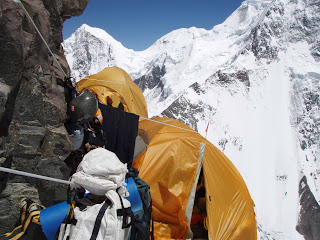 Hancock noted that the expedition on K2 isnt fully guided "We have professional leaders running the K2 trip, but its not a situation where the
guide will lead anybody to the summit. K2 just isnt the kind of hill that you can apply Everest style techniques to - what we have is a group of like-minded climbers pooling their efforts to surmount a significant himalayan objective, the entire team will be working to get the strongest members to the top. The CV's of the ten or so on the current team list are quite impressive, some guys have done 4 or more 8000ers, while a few crew will come over from Broad Peak to help out on the lower slopes in the build-up and don't have any expectations about getting much higher. These guys just want to be a part of the fun and if they can help get someone else up to the top, then that's an added bonus. We are kind of harking back to
the grand old days of traditional expeditions with this climb" 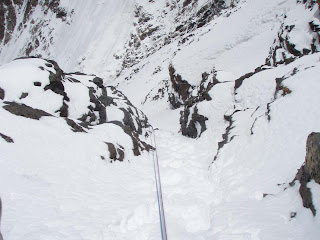 FTA have another big season ahead of them in 2009, with all the main Karakoram 8000ers on their to do list, as well as expeditions to Spantik and Trango, and treks accompanying the K2, Broad Peak, and G2 climbers. Dave says there are still opportunities to get on board "We have a few spots left on some of the trips for anybody interested in climbing in the Karakoram this year, we've also got a vacancy for an assistant team manager on one of the 8000m trips if any of your readers have the requisite experience". 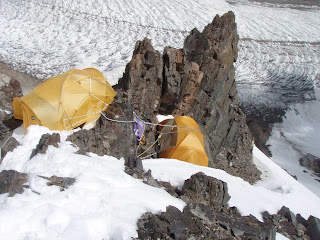