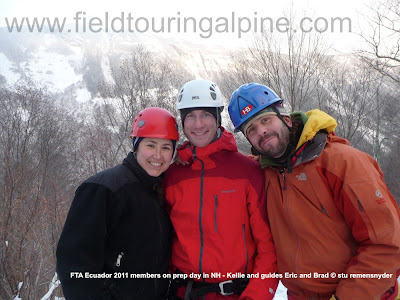 Ecuador 2011 Prep Trips
Over the course of the last few months members of our upcoming Ecuador Volcanoes expedition have been training to be in shape and have good skills coming into the trip. Some have been ticking off steep water ice climbs in Ouray and others working on using crampons for the first time!
Kerr Adams has been getting some climbing done inbetween classes and exams and he dropped us this ridiculous shot of a great WI 4/5 climb in Ouray! Kerr will be using a SPOT during our trip and has set up a twitter account so you can follow us! www.twitter.com/#!/FTAecuadorjan5 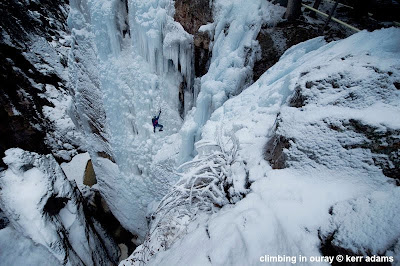 Sarah Hunter headed out with FTA Guide Matt Schonwald to get in some practice on Mount Baker and was treated to 3 feet of new snow to work with. Needless to say she got lots of practice plowing up steep slopes and learning how to dig out tent sites and self arrest! You can read the dispatch from their three day trip here 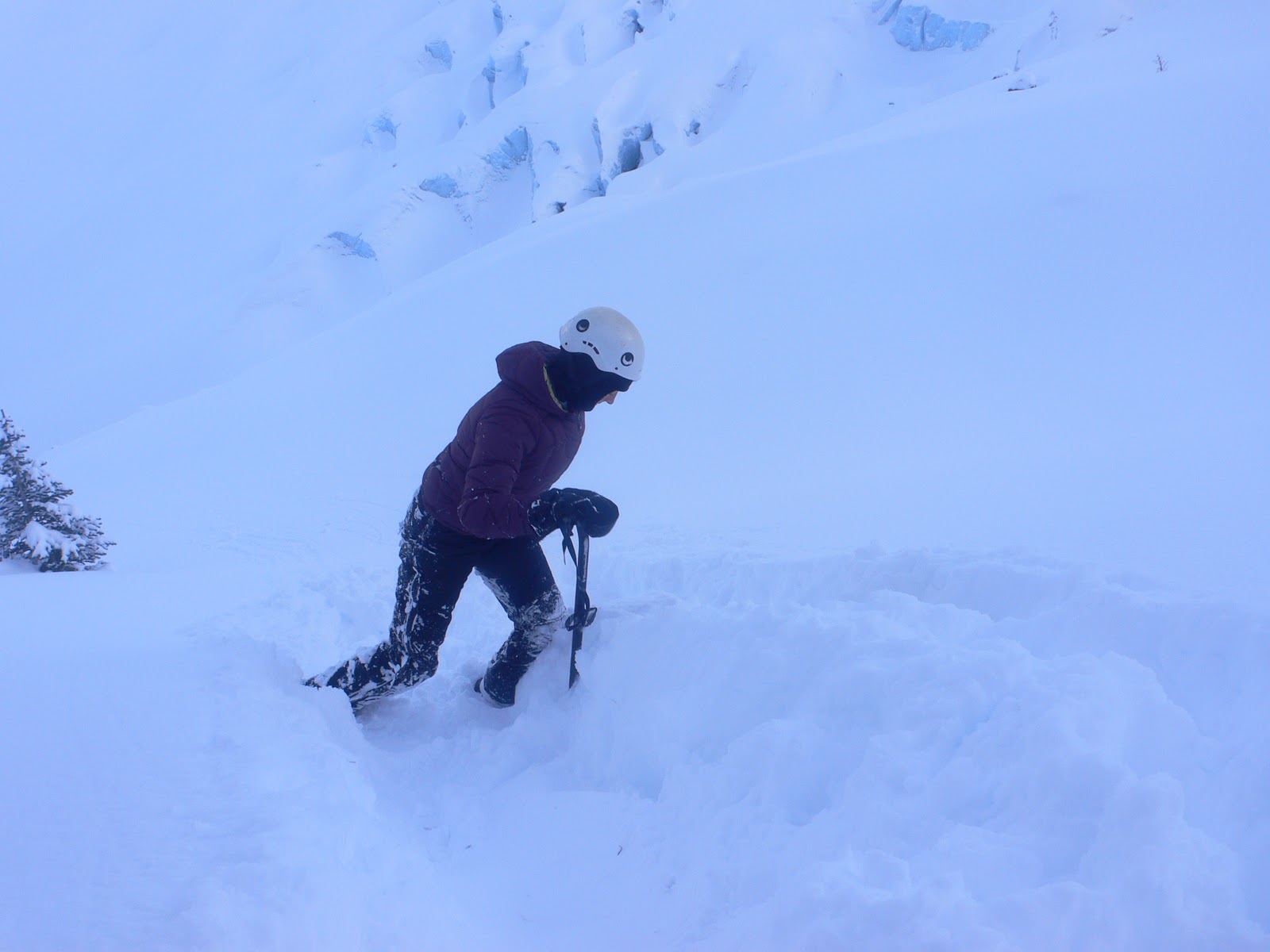 In early December Brad, Eric and Jeff managed to get out for some early ice climbing in NH in Crawford Notch and got Jeff immediately into WI 2 climbing on Lost in the Forrest. Eric had already gotten in a few other days soloing up moderate (but 2500ft long!) climbs like Shoestring gully. 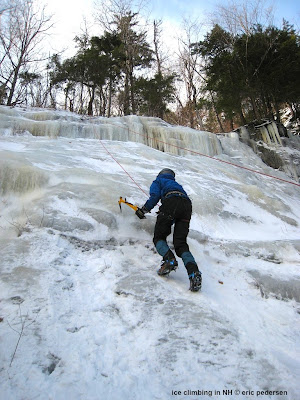 On the 16th of December Brad, Eric, Kellie and I joined forces for a play day on Willey's Slide and enjoyed many hours of low angle crampon and ice axe practice along with going over roped team climbing. We finished our morning with an ascent to about the half way point using running belays on terrain steeper that our members will see on most of Cotopaxi. 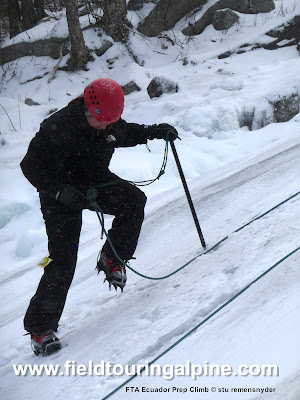 At the end of the day Eric and I simply could not pass up a chance to use the fine points of our crampons and ice tools and ambled over to the base of Elephant Head Gully. The intention to simply "have a look"soon turned into a wonderful 2 pitch climb on mixed WI3 terrain that finished in the moonlight with big grins on our faces. We savored a fine ale at Faybyan's Station and rehashed the sketchy climb and made plans for more fun outings ahead! 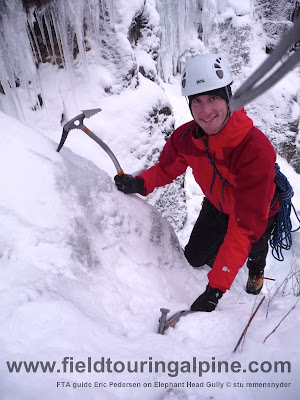 Some of our team will already be in transit this weekend and we are excited to see the first pics and reports from Quito in just a few days. We hope you enjoy following along!

If you had thought to join us this year it is not too late as we have a few more departures this season! We are already accepting places for the 2011-2012 season! Check out Ecuador Volcanoes and all of our trips at our new and improved website: www.fieldtouringalpine.com
Posted by Field Touring Alpine at 3:17 PM